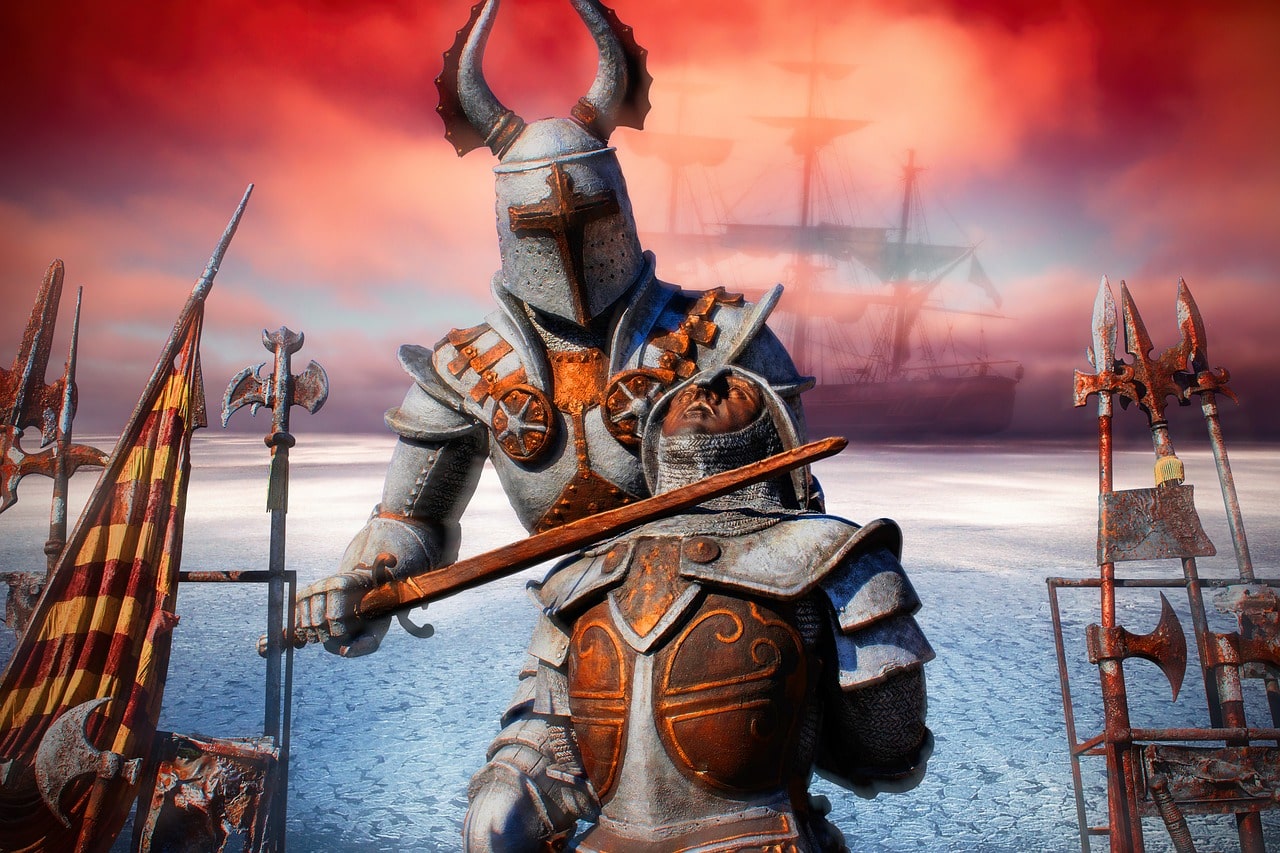 A long time ago in a war-torn land far away, two kingdoms fought, they had fought for many years, so many in fact that they couldn’t even remember what had started the war.

In an effort to end the conflict that had (for so long) resulted in stalemate, the king on one side ordered that a great wall with keeps and guard towers be built along the border that the two kingdoms shared. It took many years to complete, but finally there was a physical border between the two kingdoms. This angered the king in the other kingdom, and he launched attack after attack on the wall and its keeps.

Many years later, the two kingdoms were still at war, new kings now sat on the thrones in the two kingdoms, and even though they didn’t know why, they still fought the traditional war.

Finally, one king had had enough, he decided to throw all his army and resources against the wall and bring it down.

A massive and bloody battle ensued, many valiant soldiers and knights fought and died in that battle. But still the wall stood, they fought and fought to the last man, finally there was but one knight guarding the wall. The opposing army called for his surrender, he told them that regretfully he could not, he had given his liege his solemn oath that he would not surrender the wall. So, the opposing army tore the wall down brick by brick, but still the knight would not surrender, he fought and fought, repelling attack after attack, many fell before his blade.

The two opposing kings, safe in their distant castles, heard the stories of this one knight, they decided they must travel to the wall to see for themselves. When they and their royal guards arrived at the wall, they did not find a vicious battle taking place as they expected.

Instead, the one knight and the knights of the opposing army sat at a campfire at the gates of the walls keep.

The two kings rode up and demanded to know what was going on. As the one knight knelt before his king, and explained that he had honored his oath, the other knights bowed to their own king, and told him that they had fought and fought but they could not defeat that one knight behind the wall.

He had fought them to a standstill, he held the high ground, he had the supplies and weapons in his favor, and when the cold weather had rolled in, many of the opposing army succumbed to the cold, and that is when the one knight had opened the keeps doors. He brought the injured and freezing soldiers inside under a banner of peace, where he fed and cared for them.

After that act of kindness, the knight and many in the opposing army had built up strong loyalties to each other, and both sides realized they had no idea what they were actually fighting for. The two kings came together for the first time, and they too realized they had no idea what the conflict was about. It was so old and both sides had stood their ground for so long, that the original cause or purpose was long lost.

In our businesses and lives, we may often find rivalries and challenges that last for years. But ultimately, we come to a point where we have stood so long on that ground, that the reason has been lost. It doesn’t matter anymore. We have moved past it and not caught up with the change in our actions.

This week, drop old ideas and beliefs that do not serve you anymore, don’t do things out of habit, be conscious in your actions, and heal those relationships (business or home) that you have been holding a grudge against. Enemies are no use to you, let go of old battles.

Remember, we are all the same inside. Like in chess, at the end of the day when the battle is done, all the pieces go back in the same box.

My passion is to help others realize their potential. Over the years I've taught and inspired thousands all over the world to "Escape The Rat Race". If you liked what you have read today, please share with others. Feel free to subscribe to my newsletter and let's connect on social media. Have an AMAZING day! 🙂
Posted in Motivation and tagged Life Lesson
← How to Change Anyone – Even YourselfHow To Get Your Products To Fly Off The Shelf →